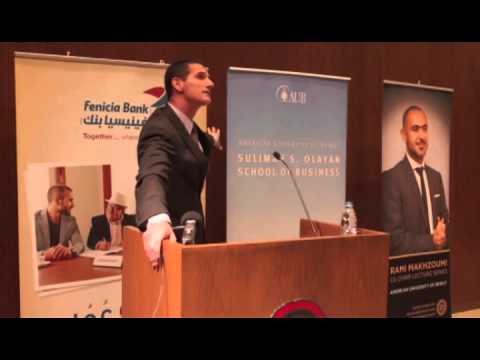 The Suliman Olayan School of Business at the American University of Beirut held a lecture, one of Rami Makhzoumi chair lecture series. The lecture was given by Mr. Chip Poncy, co-founder and president of Financial Integrity Network (FIN).

Rami Fouad Makhzoumi Chair in Corporate Governance at the Olayan School of Business (OSB) at the American University of Beirut (AUB), is among the first in the region’s schools of business.

The chair’s vision is to elevate governance education, awareness, and practice in the region and lift them to the international best practices. The chair is devoted to the dissemination of governance knowledge and research by way of closely exposing leaders to solid evidence and tangible experiences of good and bad governance thus unveiling the motives for governance adoption among regional companies. The chair thus aims at putting the academic theory and findings of extensive research to their best use by being carried through to practical application and implementation of governance among companies in the region.

Chip Poncy is President and Co-Founder of the Financial Integrity Network (FIN), a strategic and technical advisory company focused on assisting key financial and jurisdictional stakeholders in combating and protecting against the full spectrum of illicit finance. Launched in 2014, FIN advises jurisdictional authorities, financial institutions, and vulnerable sectors, industries, and organizations in developing and implementing counter-illicit financing policies, requirements and best practices.

Prior to launching FIN, Mr. Poncy assisted one of the world’s largest banks in developing and implementing its enterprise-wide financial crimes compliance program in Latin America, including by serving as the bank’s interim Head of Financial Crimes Compliance for Mexico and the Latin American region from August through November 2013.

Mr. Poncy began his career as an associate in the New York offices of the law firm White & Case and has served as general counsel to biotechnology and internet radio companies. He has co-pioneered a graduate course on national security and the international financial system as an adjunct associate professor at Georgetown University’s Edmund A. Walsh School of Foreign Service. Mr. Poncy graduated with honors from Harvard University (Bachelor of Arts in Government) and The Johns Hopkins School of Advanced International Studies (Masters of Arts in International Relations) and holds a Juris Doctor from the Georgetown University Law Center.

Thanks for watching the Wakovia Student Loans video! 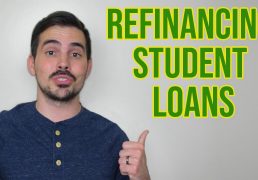 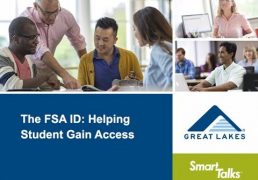 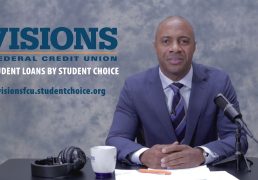